The tallest building of New-York*

We are very proud to say that On The Roofs is back. We had to prove our commitment to complete this one. We are most grateful for the support we receive worldwide and we will continue to climb the tallest buildings in the world and eventually show them to you.

END_OF_DOCUMENT_TOKEN_TO_BE_REPLACED

Today we’re going to show you video which was shot several months ago during our trip to the USA. This time you will see the highest abuilding tower of America which is under construction. Central Park South Tower, Manhattan.

To get this building was the real problem. As you know, in the USA and especially in New York City, police are very vigilant. Moreover, after the terroristic act on 11th of September, there are cameras, sensors and security services watch everywhere.

Despite all these facts, Ontheroofs team managed to come and get it ;) We could make the way unnoticed, bypass everything traps of protection and climb on the highest crane of the USA. As it was, I suggest you watching in this video.

Dear friends, what do you think about our next location? In which city should the Ontheroofs team make the following video? Write your answers in comments! The city which will collect most of all mentions will be our following purpose!

Hi there! Today we’re going to present to your attention video for the first time from Europe, specifically from the capital of Austria, Vienna.

For sure, the 100th meter cathedral won’t be compared its height with constructions which the team #ontheroofs submitted earlier, but it doesn’t cancel that this ascension was difficult and breathtaking. So, better to do well, than to say well! Watch our new video from Vienna, write comments, share it and subscribe to our channel on youtube!

END_OF_DOCUMENT_TOKEN_TO_BE_REPLACED

After our last video “What’s up Hong Kong” which was shot in Hong Kong and which has made some noise, we weren’t afraid to be back there once again and give hell. Today our object is the 265th meter building skyscraper with the crane which appears in the downtown on the well-known embankment Avenues of Stars. As you’ve already guessed, our main goal is the top of this crane!

The team #ontheroofs suggests you to put off your affairs for the next 5 minutes and look at Hong Kong from such foreshortens which you haven’t seen yet.

P.S: To be honest, we was asked to make an ad by Tuborg Non-Alcoholic. 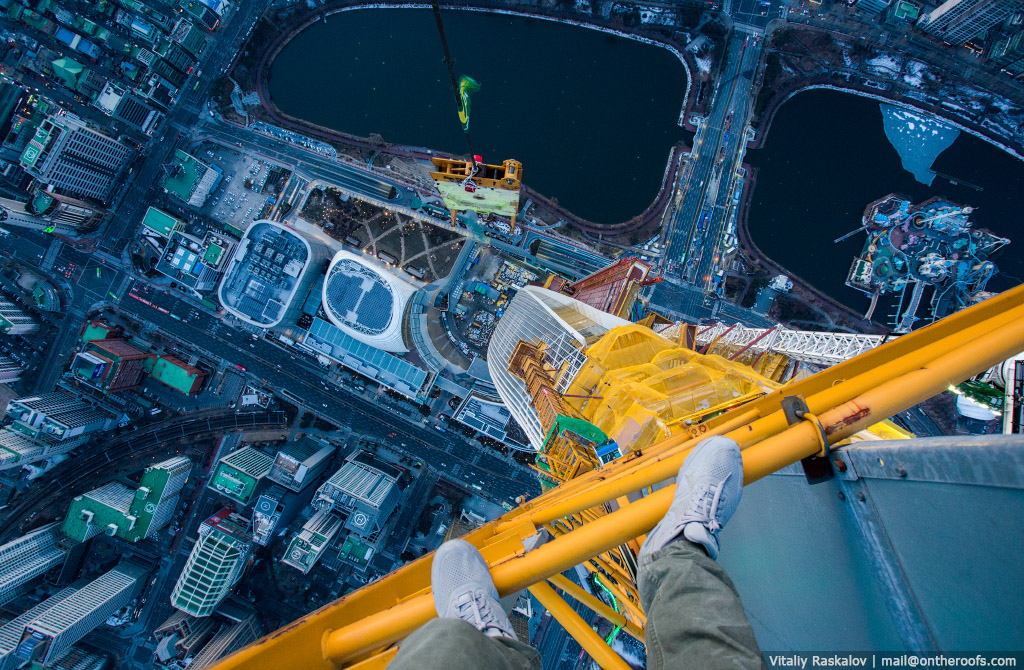 I never thought that we would go to South Korea for the purpose of conquest of skyscrapers. But recent results of monitoring of construction of skyscrapers have shown that the highest building of Lotte World Tower on the Korean peninsula which is already built in full height of 555 meters, and cranes are not removed yet because of the roofing works are conducted.

Without any doubts, we bought tickets through our regular sponsor which name is anywayanyday.com and went to one of the most modern and developed countries – South Korea. After visiting of this place we have absolutely positive impressions, but this post is not about it. The main goal of our trip was a tower, and when we had arrived in Seoul we have been ready to climb to more than hundred floors.

After the publication of a photo from the top of this building in Instagram, a lot of people began to ask us about our managing of the way to inside, because there were tens of perimeters, fighting drones, clusters of chambers on columns and vigilant employees with guard dogs there. And all of these traps are almost real. At first we thought that we had no chance to wrap that system around our fingers … But in any one, even in ideal, there are gaps. How was it in actual fact, you can look in our new video. Check it out!

END_OF_DOCUMENT_TOKEN_TO_BE_REPLACED 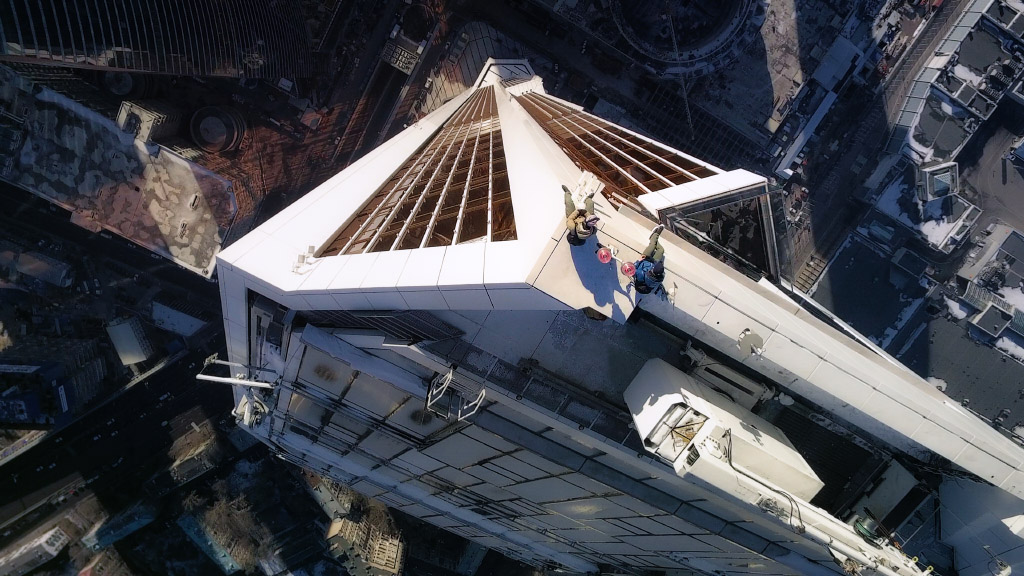 Are you ready for more?

Get ready for vertigo!

Introducing a new co-project by Converse and OnTheRoof.

We climbed one of the Moscow City (Moscow International Business Center) towers to see the city from a new level. In our project, you can go to the roof with us, using the interactive features in the video. Follow the link to start a 75-floor quest:
ReadyForMoreOntheroofs.converse.com

This is the first project when we had to record a vertical video and find a smart way to fasten action cameras to our heads and hands. The reason is, the website is primarily made for mobile devices, so it’s best to watch it on the phone having fast Internet.

It was filmed in the Mercury tower. It’s 306 metres (1004 feet) tall. There are commercial video displays on the top floors, showing ads to the whole Moscow. At one point, we changed the commercials to our own video featuring the Converse and OnTheRoofs logos. We’ve done something like that only once – in Hong Kong.

You can also find some backstage photos below.

END_OF_DOCUMENT_TOKEN_TO_BE_REPLACED

It was in summer. We were in journey around South America. We started from Rio de Janeiro. And we climbed on famous Christ of Redeemer – one of New7Wonders of the World!

How we did it? You check in this video!

END_OF_DOCUMENT_TOKEN_TO_BE_REPLACED 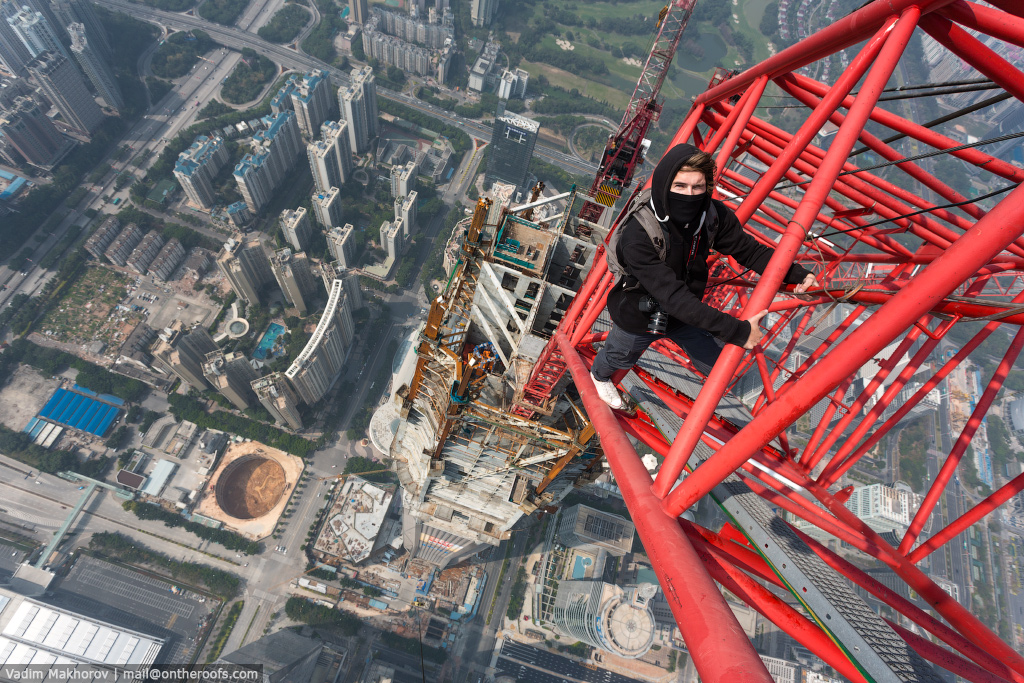 Recently we’ve had no time to post things and stories neither to the website nor to our blogs. Not because we forgot about them, but because we are constantly coming up with new projects. Today I’d like to show you our new video from China. Yes, it’s China once again. And yes, ironically enough it’s once again the tallest building in the world.

For more than a year ago we’ve climbed Shanghai Tower certainly not expecting the resonance and the amount of feedback we’ve got. And so, that amount of feedback led us to an idea of making a tradition of roof toping new skyscrapers all around the world. Today’s hero of attention is a new financial center still under construction and is situated in Shenzhen, China. Right now its height is about 660 meters and that makes it the second tallest tower in the world. Right after Burj Khalifa in Dubai.

END_OF_DOCUMENT_TOKEN_TO_BE_REPLACED 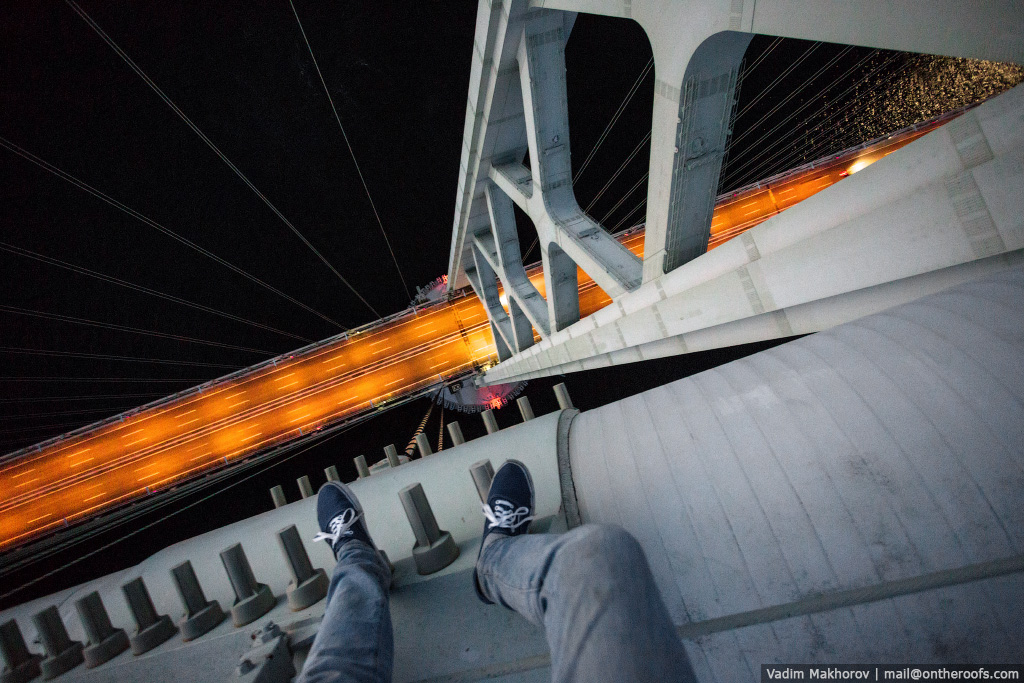 Japan is probably the most difficult and the most boring place for roofing. We spent two weeks in Japan visiting Tokyo and Osaka. Getting on tall buildings’ roofs in Japan is a sort of mission impossible. Because of the high suicide rates – jumping off roof is a good way to meet one’s maker, the Japanese go extra mile to restrict access to roofs. Yet, we managed to take some shots from the heights. The most interesting sight was the Akashi Kaikyo bridge, which is the tallest and the longest suspension bridge in the world. Behind the link, there are plenty of photos from the Land of the Rising Sun.

END_OF_DOCUMENT_TOKEN_TO_BE_REPLACED 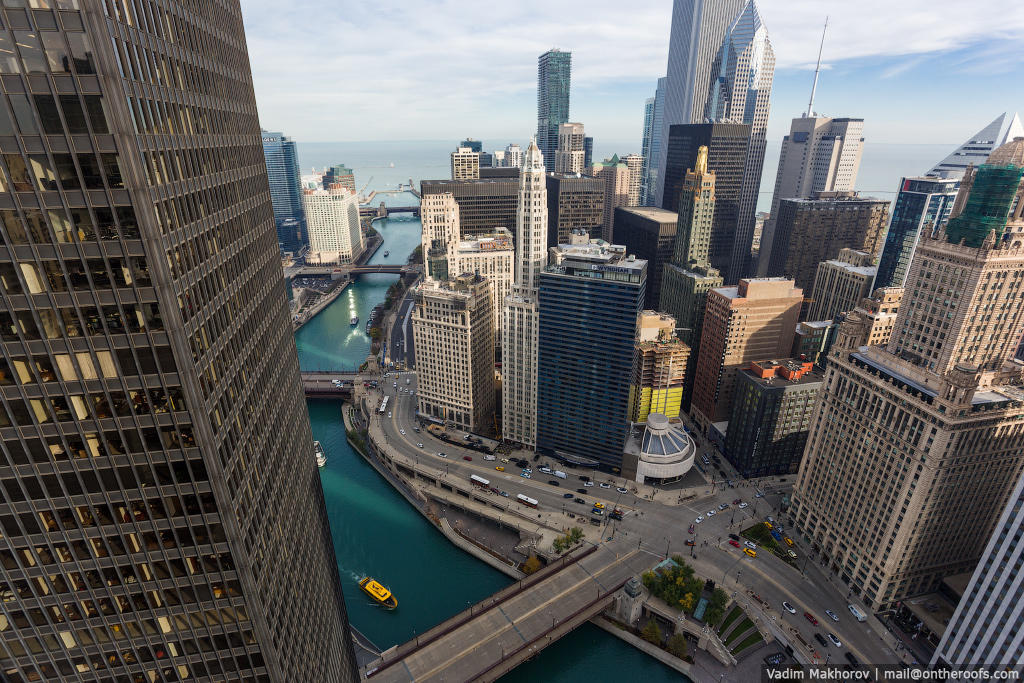 We left behind New York, the main destination of our trip to the USA. Then we went to Chicago, where we planned to stay only for 3 days. Chicago welcomed us with wide streets free from advertising and garbage and with good architecture. Compared with New York, Chicago didn’t look crowded, although this is the third city in the country for its population. One can walk and see the entire centre of Chicago, the Chicago Loop, where all the towers are located, within several hours, so we never took any public transport, except for the taxi drive from and to the airport.
Perhaps, we could have stayed there longer than 3 days, as we didn’t have time for all the sights; yet 3 days were enough for our purpose.